Yellow toadflax, sometimes called butter-and-eggs, is a member of the Plantaginaceae family (formerly Scrophulariaceae). This perennial spreads by seed and extensive spreading underground roots. Large colonies can be found in disturbed areas, meadows, pastures, and rights-of-way. It is often one of the first plants to return after a forest fire.

The yellow flowers are snapdragon-shaped with a distinctive long spur and often have an orange throat. The flowers grow in groups at the end of the stems and can be found from June through September.

Multiple stems grow from the crown. Plants can grow to two feet tall. Leaves are narrow, waxy and attach directly to the stems. Each plant can produce 15,000 to 30,000 seeds that will last for about 10 years in the soil.

The taxonomy of Linaria species can be challenging because there is a lot of hybridization in the field, especially Yellow toadflax and Dalmatian toadflax here in Colorado. Yellow toadflax is native to Britain, Europe, and Asia. In the US, it is an escaped ornamental and has been grown here since the late 1600s. It has also been used for its herbal properties and as a source for dye.

Weed Control in Natural Areas in the Western United States 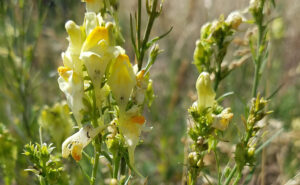 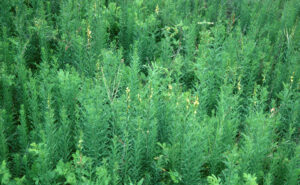 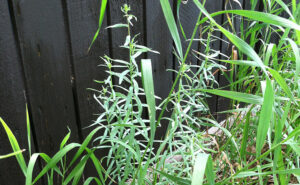 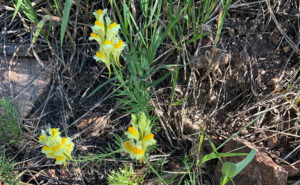