Russian olive is a perennial, deciduous, multi-stemmed shrub or tree that is 16-40 foot tall and can live 30+ years.  Plants can grow as much as 6 feet a year.

Young plants have reddish bark that turns silvery as they mature.  Older plants have fissured bark that may slough off as they age.  Branches are flexible and may have stiff 1-2 inch long thorns.

Leaves are light green with star-shaped hairs on the upper surface and scales on the lower surface.  The leaves are alternate and lance-shaped, 4 in long.

Russian olive matures at about 3 years old and begins to bloom during May-June.  Flowers are light-yellow, four-lobed, and insect pollinated.  Fruit is a light-colored drupe and about ¾ inch long.  Fruit matures August-October.  Seed is moved by birds and animals and may be moved by water.

The roots are deep and extensive.  They may fix nitrogen if associated with certain bacteria.

It is native to eastern Europe and western and central Asia but has naturalized throughout North America including areas throughout most of Colorado.  First introduced in the 1900’s, it originally was planted for wind breaks, soil stabilization, and as an ornamental.  It is now found in riparian areas, shelter belts, ornamental plantings, and rights-of-way.

Russian olive forms dense thickets in some areas.  Outcompetes native vegetation, changes the structure of an area, displaces wildlife.  Alters nutrient cycling and hydrology.  Withstands disturbance, can change the structure of waterways which in turn changes how an area regenerates after disturbance.

To understand the control requirements in your area, refer to the Weed Rule.

Weed Control Methods Handbook: Tools and Techniques for Use in Natural Areas 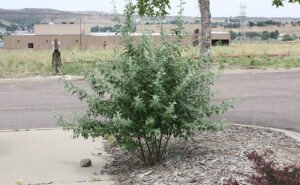 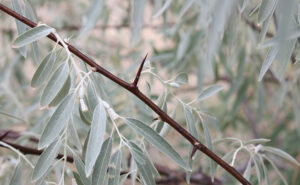 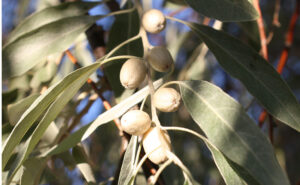 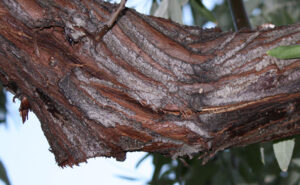