Rush skeletonweed was first reported in the US near Spokane, Washington in 1938. This species is able to rapidly spread and establish. Once established, it is difficult to eradicate.

Immature rosettes are difficult to distinguish from a dandelion. And like a dandelion; leaves, stems, and roots all contain a milky sap. Mature plants are multi-branched with wiry stems. The stems are almost all leafless. There are distinctive, stiff hairs on the lower portion of the stem that face downward. The upper stems are nearly hairless.

Rush skeletonweed blooms continuously throughout the season until first frost. The flat flower heads are yellow and grow in the leaf axils and stem tips. They can be single or in clusters. A mature plant can produce up to 20,000 seeds in a growing season. Seeds have a pappus, which allows seeds to be dispersed over long distances via the wind. Seeds are also ribbed with small teeth that allow them to attach to animals and other vectors.

A perennial that mimics a biennial, Rush skeletonweed overwinters as a rosette. The long thin taproot is distinctive and distinguishes it from similar plants that have short, stout taproots. The deep taproot (7ft plus) allows access to soil moisture in semi-arid locations or during drought. In addition to the deep taproot, the lateral roots produce daughter rosettes. Rosettes can occur from root sprouts, seeds, or tiny fragments of the plant.

This is a very difficult plant to control. Roots severed up to five feet deep and still sprout a new plant. Root segments as small as one inch can produce new plants. Therefore, roots will continue to produce new plants after hand-pulling.

This plant has already infested many states in the southwest portion of the US. While only found in a few small locations in Colorado, it is important to keep a watch out for this List A species.

USDA Field Guide for Managing Rush Skeletonweed in the Southwest 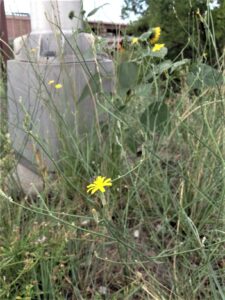 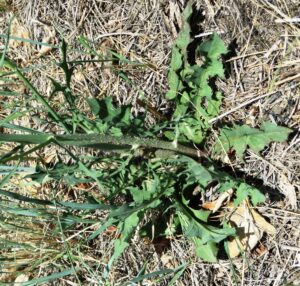 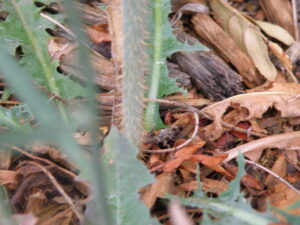 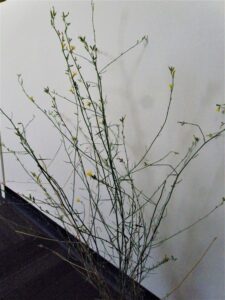