Common mullein, also known as woolly mullein, was introduced into the United States in the mid 1700’s.  It was used as a fish poison for easy collection of fish.  Introduction into Colorado is not known but was noted as a common weed in Boulder in 1905.  This species occurs in all states to include Alaska and Hawaii and is often mistaken as a native plant.

First year plants have soft, fuzzy leaves that are gray-green.  Second year plants can grow to more than 7 feet tall, leaves and stem are covered with woolly hairs.

Plants flower from June to August.  Flowers are yellow, saucer-shaped and attached to an erect stem.

Common mullein is a biennial plant that reproduces by seed.  It can produce 250,000+ seeds per plant.  Seeds have been known to germinate after more than 100 years.  Common mullein seed was found in archaeological soil in Denmark, this seed was dated from 1300 AD and germinated.

Integrated management techniques include chemical, and mechanical.  If flowering, bag and dispose of plants to prevent the spread of seeds. 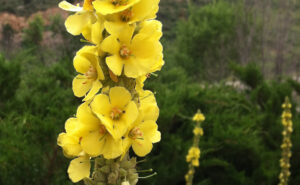 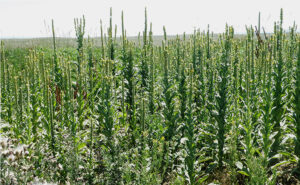 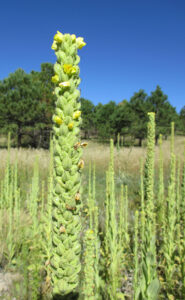 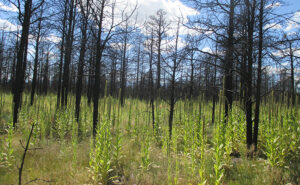 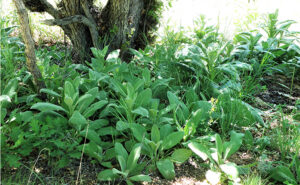