Weed of the Month

Learn about noxious weeds and steps you can take to manage or eradicate.  Each month we will bring you a new profile and helpful resources. 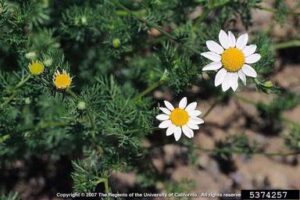 Colorado has three species of invasive chamomile; Corn, Mayweed, and Scentless. Mayweed and Scentless are List B noxious weeds.

Generally, the invasive chamomiles have white daisy-like flowers that grow at the end of branched stems. The leaves are alternate, 1-3 times pinnately divided. All are annual but Scentless may sometimes also be a short-lived perennial. All are natives of Europe/Eurasia. They can be found along roadsides, in fields, in disturbed areas, and cropland.

Scentless chamomile is the more common of the three. It has thread-like leaves. The single stems branch about halfway up and the flowers tend to be all at the same height, forming a flattish inflorescence.

For comparison of the floristic features for the three species, please refer to this chart

Weed of the Month 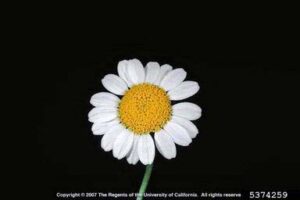 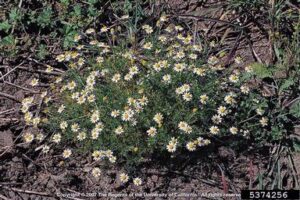 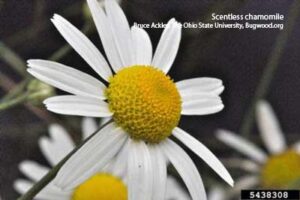 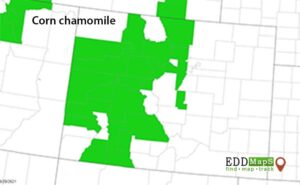 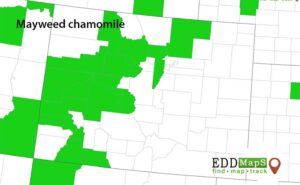 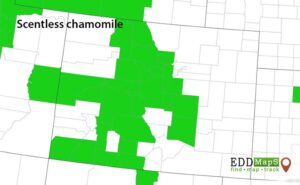 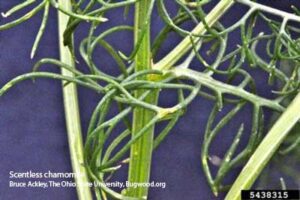 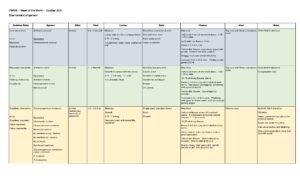