Diffuse knapweed is one of the most prevalent noxious weeds in western North America. In some places it can be a short-lived perennial but acts as a biennial throughout most of Colorado.

Diffuse knapweed has white to lavender flowers with tan bracts below. The bracts are fringed on the sides and have a terminal spine. They will sometimes have darker spots at the base of the spine but not always.

Diffuse knapweed vegetation contains alkaloids that may act allelopathically to prevent other plants from germinating.

The cells at the base of the plant undergo abscission in the fall which allows the plants to break off and tumble across the landscape, dropping its many seeds as it goes.

It is difficult to distinguish diffuse from the hybrid in the field. In fact, the majority is thought to be the hybrid. The only way to definitively tell whether what you have is diffuse or the hybrid is through DNA analysis, which is expensive and not practical for most weed management programs.

Control is easy if you can access the site at the best growth stage. The optimum stage for removal or herbicide treatment is at the rosette to pre-bud stage. There are also several biological control agents. Check with the Insectary to see if they will work on your site.

Blair, A.C. and Hufbauer, R.A. (2010), Hybridization and invasion: one of North America’s most devastating invasive plants shows evidence for a history of interspecific hybridization. Evolutionary Applications, 3: 40-51 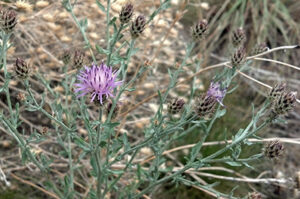 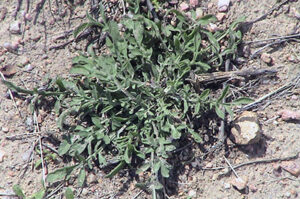 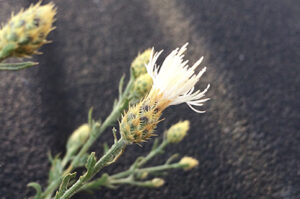 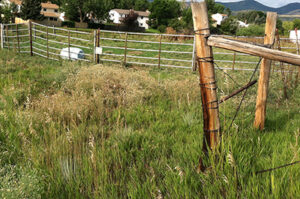